Write Bites Episode #33: What Is Ghostwriting (And Should You Do It)? 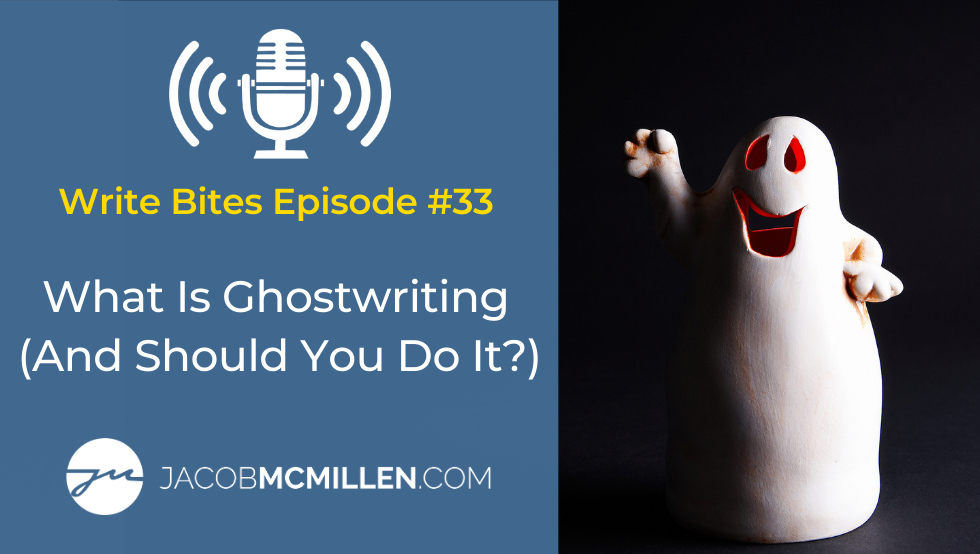 Ghostwriting is something that pretty much every freelancer is going to do at some point in their career.

And make no mistake – there’s major money to be made doing so if you play your cards right.

Since I’m all about helping you guys hit your freelance goals, this is the perfect topic for our next episode.

Today, we’re going to talk about ghostwriting: what it is, and what you should know before offering it as a service.

Hey guys, welcome to Write Bites, a series of 10-minute episodes on writing, marketing, and freelancing. In this episode, I’m going to be answering the question: what is ghostwriting? And should you be doing ghostwriting as part of your freelance work?

So if you’ve never heard the term before, ghostwriting is essentially just writing that is done by someone other than the credited author.

For example, within my own work, I’ll often have pieces that are very data-heavy or require a bunch of examples that I don’t really want to spend the time to go and do.

In this scenario, I will hire a ghost writer to send me an initial first draft where they go through and find these examples and write up some initial ideas and insights.

In this context – and this is how ghostwriting should be done – they are fully aware that they are being hired for a ghostwriting project that they will not be credited on. And in my case, I will often end up rewriting almost all of the content – or at minimum about half of it.

Now some people will just hire people to come in and do fully ghostwritten pieces that they barely touch. And this is very common in the industry as well. Even when we talk about full-length books, most of the business books that you see are not written by the credited author.

And in any case where the subject matter expert is not a writer, but they want to create a thought leadership piece – which books tend to work very well as – they will hire a ghost writer to come in and take either their core ideas or come up with ideas of their own to create this book.

So it’s very common, all throughout writing. I would say probably 50% of the writing that you have read to this point in your life has been ghostwritten.

It’s a common part of writing.

It’s a very large segment of the freelancing world, so I just want to dive into it and talk about it.

It’s one of those things that when a lot of new writers first discover it, it throws them for a loop.

They’re not really sure how to engage with it because on the one hand you want to get credited. You want to put your name out there. But on the other hand, a lot of the paid work out there is looking for ghostwriters, not credited authors.

So how do you approach this?

You’re Probably Going To Do Both

First of all, I want you to understand that if you have a successful writing career, you will very likely do both.

Just understand right up front that this is – and should be – a part of your portfolio.

Now where we can get into some, some weird areas are, a lot of times, people won’t really be up front about it. They’ll hire you for pieces and won’t say clearly “Hey, this is going to be ghostwritten. You will not be credited for this.”

That’s really where you run into issues: when either you or the client isn’t being upfront about expectations.

And so it’s important that, from the get go, you’re being clear with this.

One of the things that I did early in my career is when people asked me for my rates or when I offered my rates, I very clearly gave a rate for credited work and a rate for ghostwritten work.

There’s a benefit to you – even a measurable monetary benefit – to having the work credited. So in order to help incentivize credited work, what I did was charge about 25 to 30% more for the ghostwritten work.

That’s what I would recommend doing for you.

Getting By-Lines As Your Sideline

And keep in mind: a lot of the demand for people who – for individual brands or smaller brands that are really looking to invest in their content marketing – many of them will want ghostwritten content. So it can be a pretty steady source of ongoing work. I would absolutely encourage you to look to take that work.

And if you’re in a situation where all your gigs are being ghostwritten and you’re wanting to get some of those by-lines, you can always do guest posts.

You can always continue to expand your visibility by doing – in many cases, unpaid guest posts – in order to get those by-lines and to get those back links.

But there’s a lot of great reasons to go do that guest posting. I did it. Many of the most successful writers I know spent quite a while going out and doing a lot of unpaid guest posts to get their name around, establish that backlink profile, and connect with other editors in the space.

It’s a very beneficial thing to do. So if you’re just finding that all the paid gigs that you’re getting happen to be ghostwritten, then, you can always look to supplement that the guest posting.

And obviously, if you can get paid and get the credit? That’s great. That’s optimal. That’s why you incentivize it with a lower rate. But just keep in mind that you’re probably going to do both.

So to dig into a couple other things here, really make sure that the expectations are clear.

If you’re not offering separate rates, make sure you establish with them ahead of time whether it’s credited or ghostwritten.

Once you’ve ghostwritten a piece, keep in mind that you can see still reference it in your portfolio. You can include that brand on your branding and any place where you’re using social proof.

Occasionally you might have clients who ask you not to disclose specific articles that are ghostwritten. And I think that’s reasonable if they ask you for that. But you don’t necessarily have to assume that’s what they want or ask them if it’s okay.

A lot of people are worried that “Hey, if I disclose this as ghostwritten, I’m going to get a lot of flack from the client.”

But the reality is that almost nobody that you’re going to talk to and say, “Hey, I did the writing for this article” – as an example, when you’re trying to pitch them to do other articles – it’s almost impossible, statistically, for that to be the same type of person who might be the target audience of that brand and would be upset for some reason, if they found out some of their content was ghostwritten. That scenario just doesn’t really exist.

Your audience is not that big. There’s just no chance that you using this in one-to-one pitching and marketing efforts or referencing their brand on your brand bar or whatever – there’s no chance that’s going to harm their brand.

Now, occasionally you might run into a client who just has a really irrational view of this and is hyper-concerned.

Those types of clients probably aren’t going to be great clients long-term anyway. But at the same time, you know, obviously honor what the client is requesting. So if they’re very paranoid, very concerned, and ask you not to reference them at all in anything? Just don’t and get your social proof from the next client you land.

As a general rule, you don’t really need to be worried about that.

It’s understood in the space that ghost writing is a thing. Usually, if someone’s not aware that it’s a thing or is very worried about – or if they are insecure or nervous about the situation – it’s because they’re just new to the space.

They’re new to their business.

They don’t understand how their industry works.

Work with them on that, but don’t let them transfer that fear or insecurity or paranoia to you. Because this is absolutely a common part of how writing happens, whether we’re talking about small, niche individuals like myself or other people you’re reading, or big names.

One of the biggest names: we had Donald Trump as president for the last four years in large part because he had a very talented writer ghostwrite his “Art of the Deal” all those years ago – which was a phenomenally written book.

That really put him on the map as this big wig, when in reality, he didn’t write a single word of that entire book.

That’s the reality that we’re living in.

Writing is a big part of branding.

It’s why I make so much money from writing…

And it’s why you can make so much writing for money.

And the reality is that a lot of people are going to look to leverage that tool for their branding under their own name and they’re going to pay you handsomely for it.

So anyway, I hope that was helpful to you and I’ll catch you in the next episode! 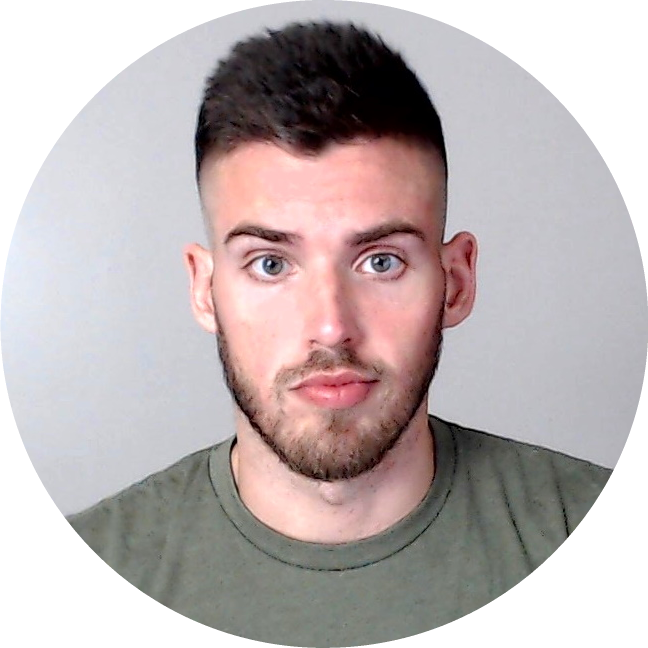